An immersive, poetic diary film about transformation and ‘the personal is political.’ 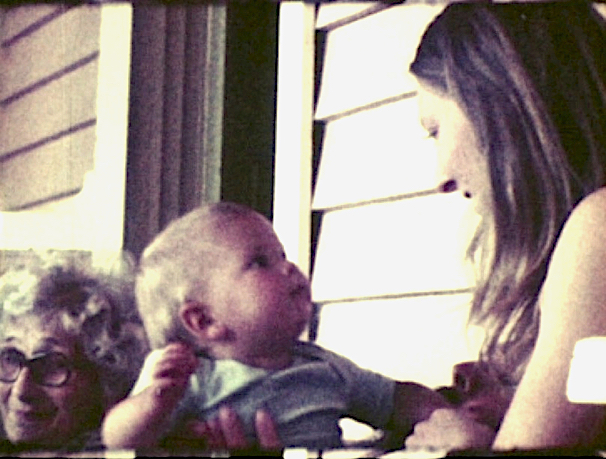 memory film: a filmmaker’s diary’ is an immersive poetic documentary based on Jeni Thornley’s Super8 archive (1974-2003) filmed during the decades of her political and personal filmmaking, while producing “Maidens”, ‘To the Other Shore’, ‘Island Home Country’ and the collaborative feature ‘For Love or Money’. Documenting the activism of three decades amidst the intense sexual politics of radical feminism and social change, ‘memory film’ tells the inner story of a journey of liberation – gender fluidity, utopian feminism, love and its tribulations, the pleasure and pain of motherhood, violence against women, the desire for a world free of war and colonizing, and ultimately mortality and impermanence. The film journeys several pathways of liberation, including psychotherapy and spirituality as companions to political activism. Accompanied by a unique music score, with no speaking voices, the film offers a reflective, meditative experience into radical politics, social change and the dynamic interplay between the personal and the political. 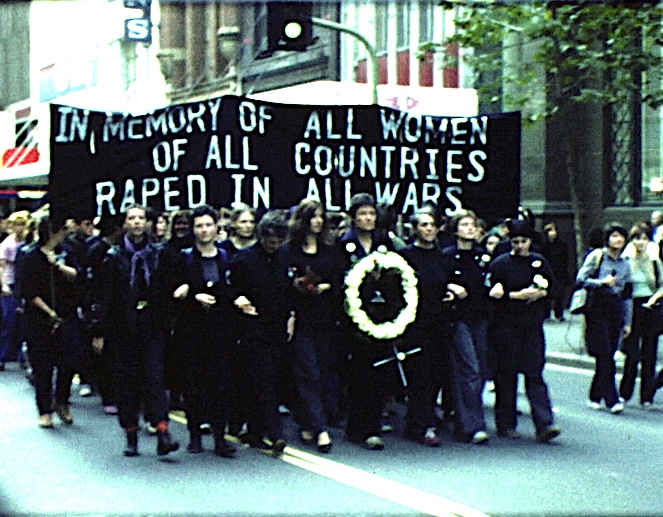 The impulse for this film comes from the ‘Japanese death poets.’ In Japan elders and (Buddhist monks) write poems to express their feelings about the transience of life and the inevitable passing of all things (jisei: “farewell poem to life”). Householders write poems as a gift to their children – a legacy of beauty and insight gathered over years. Jeni is making memory film in this spirit – a “farewell poem to life.” 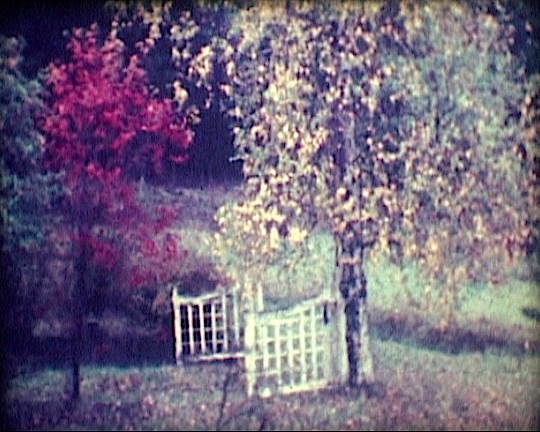 memory film is composed of images only from Jeni’s Super8 archive filmed during 1974-2003, acquired and digitised by the NFSA during 2016-17.  Editor Lindi Harrison (ASE) has edited the first “rough cut” (80mins) and the film is seeking finance for its post production budget. Tom Zubrycki and Megan McMurchy are Consultant Producers. The film is also being produced in connection with Jeni’s Hon Associate Research position at UTS, School of Communication, FASS. Marcus Eckermann is Technical Consultant (Media Lab).

The film is part of the Documentary Australia Foundation (DAF) program and is currently seeking donations via DAF.  Contributions (Tax Deductible) can be made via DAF here !

Filmed over three decades the super8 collection that forms memory film contains both social observation and personal home movie footage. As in my documentaries Maidens, the collaborative feature documentary For love or money,  To the other shore  and Island home country, the images ebb and flow across the personal, the political and the poetic;  each of these documentaries use footage from my super8 collection; so inevitably the super8 archive itself reflects the eras and concerns of each film.

Editing images filmed across time, using images from my earlier films, develops an intertextual film practice, eliciting a dynamic shift from being a passive subject to becoming the agent of transformation. Frances Lionnet (1989 p.193) calls this self writing: “a strategic move that opens up a space of possibility where the subject of history and the agent of discourse can engage in dialogue with each other. New modes of interaction between the personal and political are created” furthering an “empowering potentiality” for liberation. 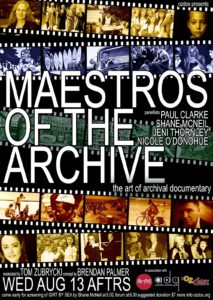 “The archive of the self and deconstructing the national archive,” OzDox Forum, August 1 2014 [Jeni Thornley, Panelist.]

‘In Australian independent cinema over the last three decades, Jeni Thornley is the filmmaker whose autobiographical project has been to articulate feminism as a historical crisis of female subjectivity.’ Felicity Collins.

As a founding member of the Sydney Women’s Film Group and Feminist Film Workers, and as the daughter of a film exhibitor, Thornley’s exploration of this crisis has been intimately bound up with cinema and the problems that the cinematic apparatus poses for women as spectators and as filmmakers. As an actor, filmmaker, distributor and critic (as well as a founding member of the Balmain Women’s Liberation Group in 1969) Thornley has alternated between social action documentaries and personal filmmaking.  Between 1970 and 1996 Thornley has been involved in the production of four key films which can be read not only in autobiographical terms but also as a body of work which constructs second wave feminism as a ‘crisis’ of female subjectivity.

A film for discussion (Australia 1970-73, Martha Ansara (dir) with SWFG) ends with a shot of Thornley contemplating her mirror reflection in a state of existential crisis. 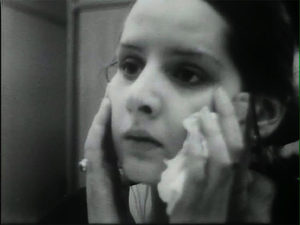 Jeni Thornley in ‘Film For Discussion’ 1973

In Maidens (Australia 1975-78) feminism itself is perceived as a crisis which ruptures the continuity of matrilineal history. 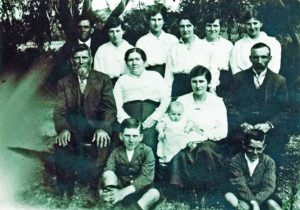 For love or money (Australia 1978-83 McMurchy, Nash, Oliver, Thornley) draws on the national film archive to produce a feminist history of Australian women at work, drawing conflicting experiences of race, class and ethnicity into an apocalyptic ending. 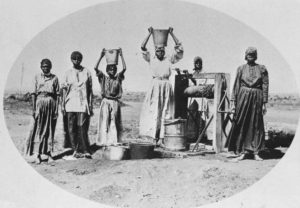 To the other shore (Australia 1986-1996) is an autobiographical, compilation film which draws on archival footage, documentaries, feature films, independent feminist films, home movies and family photographs to construct a public, autobiographical memory of the female self as both mother and daughter, as Kleinian analysand and as autobiographical filmmaker’. 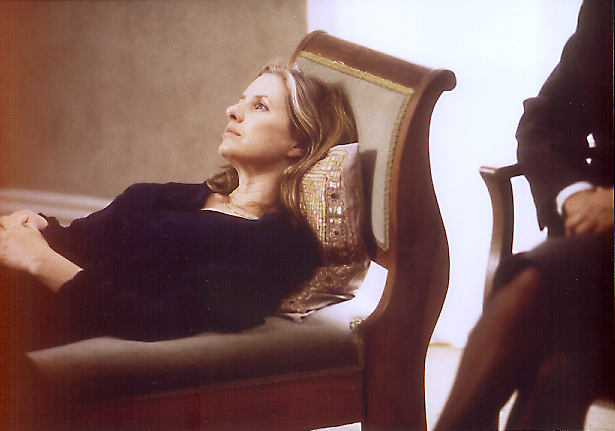 “The colonial layer feels like skin. What if I shed it and see with different eyes?”

In this film the ethical question on the use of the archive and working with the Tasmanian Aboriginal community and their protocols becomes the very foundation of that film’s process. This film is about my memories, growing up in Tasmania, and knowing no Aboriginal history or culture. Here is an island where the violent race war, (some call it attempted genocide, others ethnic cleansing) has been so repressed that approaching this terrain is a mine-field – whichever way you turn; the existing archive of documents, photos and film has been produced by the victors of that war. The present day Tasmanian Aboriginal community do not welcome ‘outsiders’ using that material about them. How to proceed? The film takes 5 years of negotiation, of edits and re-filming. The Aboriginal community are crystal clear: don’t make a film about us, make a film about you, your mob. It’s here I became “the other” and experienced “instability’ around being white. For this internal feeling I created a visual metaphor – “the white ghost of Australian history” – with a remix sequence from another film I had acted in earlier. 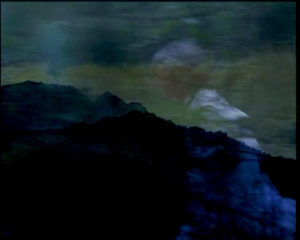