Jeni Thornley is a documentary filmmaker, writer, film valuer and lecturer.  Her widely distributed, award winning films include: Island Home Country (2008), To the Other Shore (1996), the co-directed feature film and Penguin book:  For Love or Money: a history of women and work in Australia (1983) and Maidens (1978). She was a contributing director on Australia Daze (1988).

Jeni is currently developing an archival film project, memory film: a filmmaker’s diary, based on her super 8 archive (1976-2003),  acquired and digitised by the National Film & Sound Archive (NFSA). This is a film poem in the essay tradition – a meditation on time. Composed entirely from Jeni’s super8  archive the film is both personal and political, documenting the changing eras of the 1970’s-20003; see the ‘memory film’ project is evolving.

Jeni is an Honorary Research Associate in the School of Communication, Faculty of Arts and Social Sciences, UTS where she lectured in Issues in Documentary from 2002-2013, and producing her doctorate film and thesis, Island home country:subversive mourning.  Earlier she taught history of documentary film at the Australian Film Television and Radio School (AFTRS).  Jeni has written about documentary film extensively, contributing to Film News, The Conversation, Metro Magazine, Realtime, chapters for various monographs, and her own blog Documentary 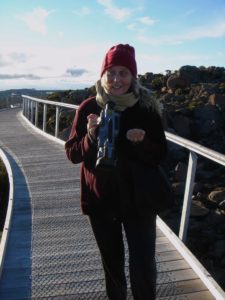 In March 2017 Jeni’s first film  ‘Still Life’ (1974 with Dasha Ross)  screened as part of the ‘Art & Life, Then and Now Program’ in the ‪Melbourne Women in Film Festival. Jeni wrote ‘Looking at Women’  Peephole, Issue 7, 2017  to accompany the screening, along with other essays tributing  the 1975 International Women’s Festival – that toured all Australian capital cities. 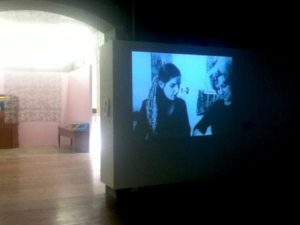 In 2015  Jeni  co-curated the ‘Women’s Gaze and the Feminist Film Archive’ Panel and Retrospective at the Art Gallery of  NSW (AGNSW) and Sydney College of the Arts (SCA), with Loma Bridge and  Margot Nash,  (AGNSW Forum on Vimeo) .  The ‘Women’s Gaze’ Film Program included historic women’s films: Film For Discussion, We Aim To Please, Maidens, My Survival as an Aboriginal, Size 10, and For Love or Money. 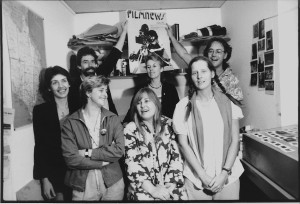 Jeni was a pioneering member of the Sydney Women’s Film Group and  Sydney Filmmakers Co-operative where she worked in film distribution, exhibition and wrote for Film News. She worked on many independent films as actress and collaborator, including Film For Discussion, Women and Men Living Together, Woman’s House and Secret Storm. 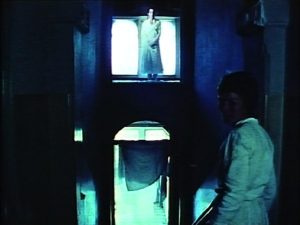 Jeni also worked as a camera assistant at Film Australia and on independent films, including Journey Among Women and Climbers. She was Manager of the Women’s Film Fund and Project Co-ordinator  and film reader in Documentary Development, Australian Film Commission and the NSW Film & TV Office.